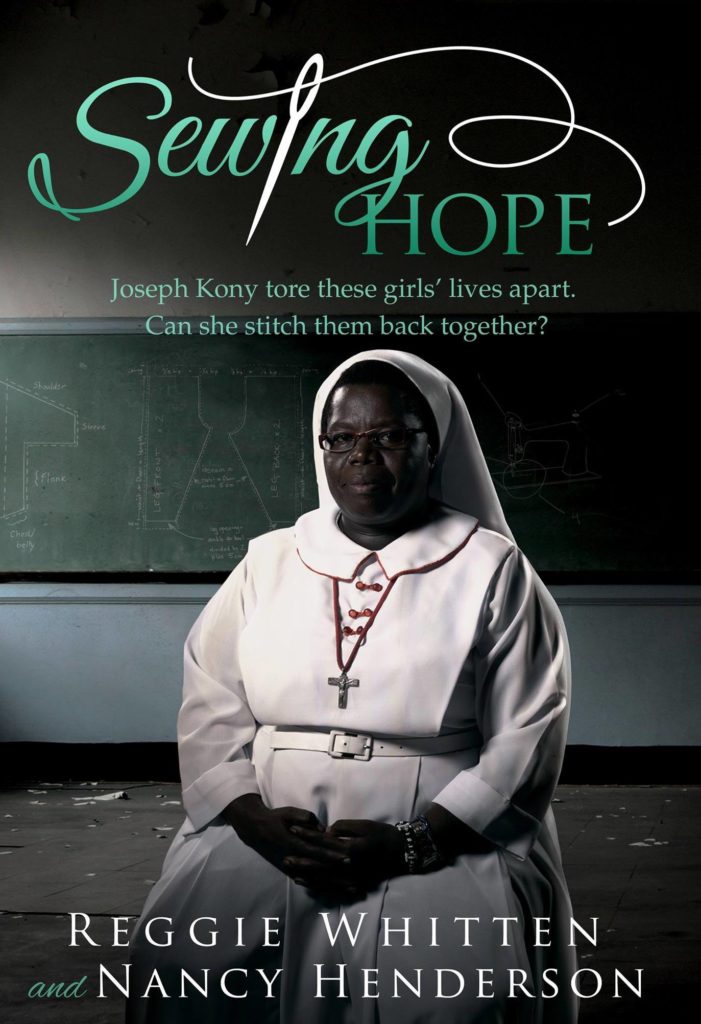 For 25 years, horrible atrocities were committed in northern Uganda by Joseph Kony and the Lord's Resistance Army.  Many times, innocent children were abducted from their villages and forced to kill their parents or siblings.  Girls as young as 13 became sex slaves for Kony's officers.

Helpless parents in the villages began sending away children as young as 5 in an attempt to hide from the rebels.   At St. Monica's School, Sister Rosemary Nyirumbe and the Sisters of the Sacred Heart of Jesus would hide 500 children a day, risking their own lives in the process.

When the intense fighting ceased, Sr. Rosemary and her sisters opened their doors to the girls who were not accepted back into their home villages.  They taught the girls how to sew, cook, and cut hair in order to begin rebuilding the lives of those traumatized.

The inspiring story of this ministry is told in the book and short documentary, "Sewing Hope":

The sisters need our help.

In recent years, the shift in need has been from civil war survivors to refugee families who spill across the border from the strife in South Sudan.  These mothers and children are in great need of the loving care that the sisters can provide.

Because of the great need for medical help and education, the sisters' compounds always include a clinic and school.  The first and largest orphanage is at Saint Monica's Tailoring School in Gulu, with about 400 residents.

The greatest growth and area of concern now is a second major complex that is being developed at Atiak, near the border with South Sudan.   Universal Angels Network (UAN) provided financial assistance earlier this year for the construction of a water tank that will be shared by the clinic and the primary school.

Now, because of the great need for medical supplies,  UAN is asking for your help.  Will you help UAN support Sister Rosemary's mission to provide loving care for these women and children?

No amount is too small.  At UAN, we like to say that "It is not how much we give, but how much LOVE we put into giving" that matters.  Your tax-deductible donation will go towards the purchase of medical supplies for the new clinic.

Join UAN in supporting Sister Rosemary's mission to rebuild the lives of innocent women and children who suffer from the lingering effects of this horrible trauma.